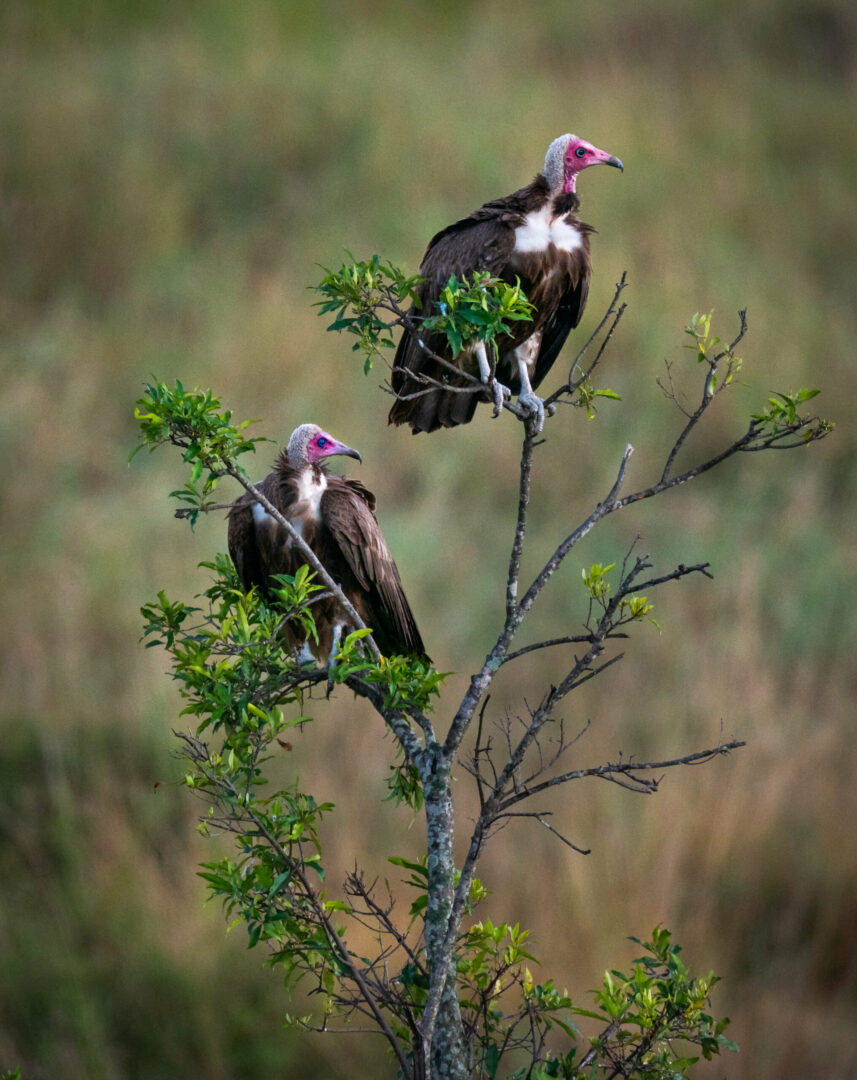 Posted at 14:39h in Birds by fathalawildlifereserve
0 Likes

Fathala is the proud home to one of the most critically endangered vulture species in the World, the Hooded Vulture (Necrosyrtes monachus). The up to 72cm (28 inch) Old World Vulture type plays a critical role in the environment.

One can easily identify this vulture type by the colour of its plumage being dark brown and a black “hood” below the pinkish white neck. Hooded Vultures are amongst the smaller vulture species of about 1.5–2.6 kg (3.3–5.7 lb). Both sexes are alike in appearance, although females often have longer eyelashes than males. Juveniles look like adults, only darker and plainer, and body feathers have a purplish sheen.

Hooded Vultures are rather silent birds with a sharp shrill during copulation and squealing calls at carcasses.

WHERE DO THE HOODED VULTURES OCCUR?

Hooded vultures used to roam freely and abundantly across Africa. They have typically small home ranges, but can occur as widely spread as Senegal, Mauritania, Guinea-Bissau, The Gambia, Niger and Nigeria in West Africa; in East Africa in Chad, Sudan, South Sudan, Ethiopia and Somalia; in southern Africa they have been recorded in northern Namibia, Botswana, Zimbabwe, Mozambique and South Africa.

WHAT IS THE IMPORTANCE OF HOODED VULTURES?

Vulture species are considered the ‘cleanup crew’ of the wild. Vulture’s stomach acids are so strong that it can digest most bacteria and viruses making their habits of eating carrion of utmost importance to other species in the area, especially carnivores.

HOW MANY HOODED VULTURES ARE LEFT IN THE WILD?

According to the IUCN Red List of Endangered Species, there are a total of 131 000 recorded adult Hooded Vultures are left in the wild. The species’ status being critically endangered in not only contributed by the number of individuals that are left in the wild, but by a calculation of how fast the population is declining and this is where the rates are very alarming. More renowned endangered animals such as White Rhinoceroses, Cheetah and even Cape Vultures are declining at a slower rate than the Hooded Vulture.

HOW OFTEN DO YOU GET TO SEE HOODED VULTURES?

Unfortunately, one does not very often see vultures in general anymore due to the worldwide population decline; however, they are not impossible to see. When there is a carcass around at Fathala Wildlife Reserve, there might be vultures circling around and seeing a Hooded Vulture in the wild is a truly magical experience and worth the wait.

WHAT THREATS DO HOODED VULTURES FACE?

The Hooded Vulture is the main target for ‘bush meat’ and traditional medicine in Central and West Africa, where it is associated with human settlements, while direct persecution and non-targeted poisoning are additional threats throughout its range. Additionally, like many vultures across Africa, face threats such as habitat fragmentation through agriculture, residential and commercial development, human intrusions and disturbances, invasive species and diseases and modification of ecosystems.

WHAT CAN WE DO TO PROTECT HOODED VULTURES?

Fathala is situated on 6000 hectares of protected forest and no one is allowed to develop these areas deemed protected. The largest threat of vultures ends up being they do not have a safe home. Therefore, the better we take care of their home, the safer they will be. Keeping a large area such as this maintained and safe for all the fauna and flora species is a big and costly project.

By visiting Fathala Wildlife Reserve, you are actively contributing to making the ecosystem sound for endangered animals such as the Hooded Vulture and in return, all the species they affect around them.

Book your wildlife experience at book@fathala.co.za 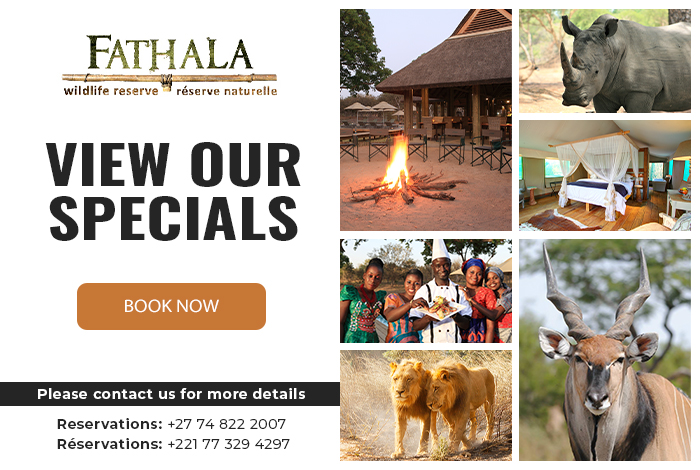